Fairbanks, AK…A damaging magnitude 7.1 earthquake occurred at 1:30am Sunday, 60 miles west of Homer. So far there are no reports of injuries. According to KTUU, gas leaks on Lilac Lane in Kenai resulted in one house fire and the evacuation of residents from 20 or so homes to the National Guard armory. The earthquake […] 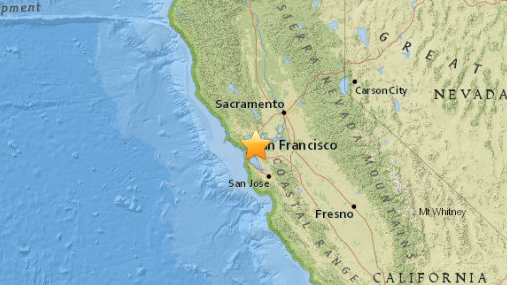 Piedmont, CA…Just before 7am this morning a 4.0 on the Richter scale shaker started off Monday Morning in the Bay Area. BART was temporarily put on hold but everything is getting back to normal. The epicenter was 1 mile north of Piedmont, 2mi ENE of Emeryville, 3mi NE of Oakland, 3mi ZE of Berkeley and […]