West Long Branch, NJ…Donald Trump holds a sizable lead in the first southern contest of the GOP primary season according to the Monmouth University Poll. Three-in-ten voters who are likely to participate in South Carolina’s GOP primary are backing Trump, with Ben Carson placing a distant second. In general, Palmetto State Republican primary voters say the country needs a president from outside of politics over someone with government experience. 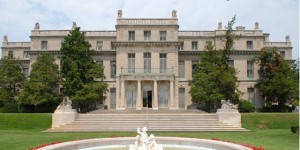 Donald Trump is supported by 30% of voters likely to participate in South Carolina’s Republican primary in February, followed by Ben Carson at 15%. The next tier of candidates includes Jeb Bush (9%), Marco Rubio (6%), Carly Fiorina (6%), Ted Cruz (5%), and Scott Walker (4%). Lindsey Graham, South Carolina’s senior U.S. Senator, gets very little love from home-state voters, with just 4% support. John Kasich, Mike Huckabee, and Rand Paul each get 3% of the vote. None of the remaining six candidates earn support greater than 2%. Another 11% of likely primary voters have no preference yet.

“We’ve become accustomed to Donald Trump leading in every poll, as the candidate himself likes to remind us,” said Patrick Murray, director of the independent Monmouth University Polling Institute in West Long Branch, NJ. “It’s interesting that Ben Carson, whose parents come from neighboring Georgia, is outpolling the state’s own senator as a second choice.”

Support among key groups of likely primary voters includes:
• Ideology – Trump wins very conservative (33%), somewhat conservative (31%) and moderate to liberal (23%) voters. Carson (21%) and Cruz (10%) take 2nd and 3rd place among very conservative voters. Carson and Bush are in the next tier among both somewhat conservative voters (13% and 11%, respectively) and moderate to liberal voters (10% and 14%, respectively).
• Evangelicals – Nearly two-thirds of the GOP primary electorate in South Carolina call themselves evangelical Christians. This group backs Trump (33%) over Carson (18%).
• Tea Party – Tea Party supporters back Trump (33%), with Carson (19%) and Cruz (9%) trailing. Non-Tea Party voters also back Trump (28%), followed by Bush (13%) and Carson (12%).
• Gender – Trump (35%) holds a wide lead over Carson (12%) among men, but a narrower 25% to 18% edge among women.
South Carolina GOP primary voters say that, regardless of who they support in the primary, the country needs a president from outside of government who can bring a new approach to Washington (61%) rather than someone with government experience who knows how to get things done (28%). Among those who prefer an outsider, two-thirds are backing one of the three candidates who have never held elected office – Trump (42%), Carson (20%), or Fiorina (6%). However, even among those who say the country needs someone with government experience, 19% are currently supporting one of these three candidates.

“Political experience is not a particularly valuable commodity this primary season,” said Murray.
Palmetto State voters are divided on whether their final decision about who to support in the Republican primary will come down to the candidate’s personal qualities and experiences (49%) or their positions on the issues (43%). When asked to name which issue voters will use to decide their own support for the Republican nomination, the economy (33%) emerges as the top concern, followed by national security (19%), taxes and government spending (17%), social issues (11%), immigration (10%), and education (4%). Voters were also presented with the opportunity to make a second choice among these issues. When both the first and second choices are combined, the economy (54%) is a top consideration for a majority of voters, followed by national security (39%) and taxes and spending (38%). Immigration (25%), social issues (19%) and education (11%) trail in importance to South Carolina GOP voters.
\
Looking at the candidates’ fundamental strengths, South Carolina primary voters give Donald Trump a solid 58% favorable to just 28% unfavorable rating. However, the best net positive ratings in the field go to Ben Carson at 72% favorable to 9% unfavorable. Marco Rubio (59% to 16%), Carly Fiorina (55% to 15%), Mike Huckabee (55% to 25%), and Scott Walker (48% to 15%) also earn net positive ratings – favorable minus unfavorable – as good as or better than Trump’s.

The Poll was conducted by Mounmounth University Polling and the following link contains the report and data tables as well. MUP90_1