Perth Amboy, NJ…Yet another policing video has gone viral this week, although you’ll be forgiven if you missed it in the midst of its more headline-grabbing counterparts. The cellphone video, which has received more than 5 million views on Twitter, shows no less than six police confronting a group of teenagers in Perth Amboy, New Jersey. Their crime? Riding bicycles without a license. 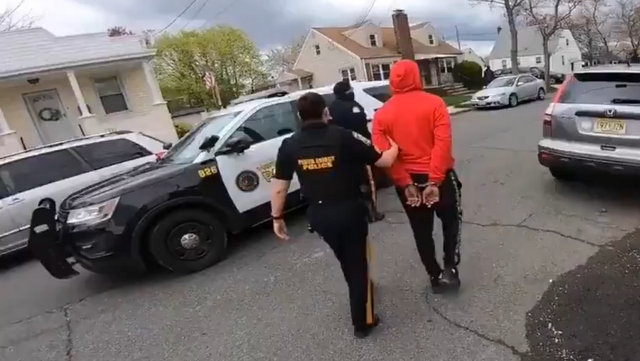 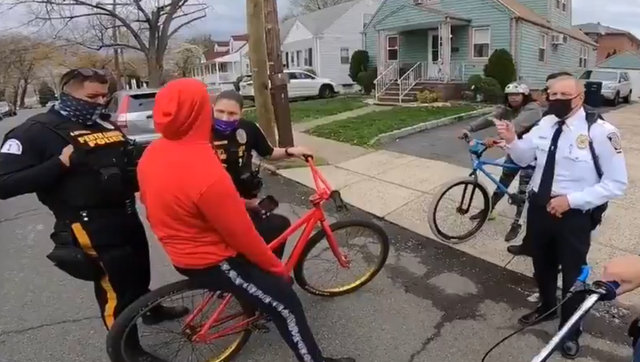 The boys were incredulous at the encounter and pushed back on the officers’ demands that they dismount their “vehicles” and, ultimately, allow their bikes to be confiscated. The verbal exchange eventually led to one child being placed in handcuffs and taken to the station (where he was soon released).

After having their bikes seized, the teens were left to walk through the streets of the town to police headquarters where they then reclaimed their property. A video shows a female cop telling them, “You think I want to be here taking bikes away? Like, this is so asinine. Like, we have so much better stuff to do with our time.”

Data certainly show that the officers in this town have better things they could be doing with their time. Perth Amboy ranks in the bottom half of cities when it comes to public safety, and in 2019 the county cleared a mere 28 percent of its rape cases, 35 percent of its robberies, and 10 percent of its auto theft. That’s a lot of unsolved crime.

Throughout the video, multiple police officers tell the kids that they don’t make the law, they just have to enforce it. While we know this isn’t exactly the case (police and their unions spend a great deal of time and money lobbying state legislatures on public policy), we do know that individual police members are often tasked with enforcing petty offenses that needlessly endanger both the public and themselves and detract from time that could be spent on actually making communities safer.

Fortunately, this arrest over biking without a license did not lead to yet another loss of life at the hands of the state. But history shows that the enforcement of such petty laws often can result in death.

Eric Garner was infamously killed by police in 2014 after being apprehended for illegally selling cigarettes on the streets of New York. More recently, Daunte Wright was killed after initially being pulled over for driving with expired license tags.

Americans die in extrajudicial killings by police every year. The New York Times reports that police have killed more than three people a day since testimony began in the Derek Chauvin trial on March 29th. Other studies indicate more than 1000 Americans lose their lives to law enforcement each year. While not all of these incidents are a result of bad policing, we do know that each time law enforcement encounters a citizen there is a potential for violence.

While Black Lives Matter has ignited a global movement against police brutality and these extrajudicial killings, its priorities show it is gravely missing the mark on the policy reforms that would actually make Americans safer and lessen the loss of life. Key to reducing police killings would be to reduce the number of laws and reasons for police to interact with citizens in the first place.

Economist Ludwig von Mises said, “It is important to remember that government interference always means either violent action or the threat of such action. (…) Government is in the last resort the employment of armed men, of policemen, gendarmes, soldiers, prison guards, and hangmen. The essential feature of government is the enforcement of its decrees by beating, killing, and imprisoning. Those who are asking for more government interference are asking ultimately for more compulsion and less freedom.”

Every time we allow the government to create a new law, we authorize it to enforce that law—the ultimate consequence of which can always be death.

If we want to limit death at the hands of the state, we therefore must limit the number and scope of laws it is authorized to enforce. The expansion of government is the root cause of the problems with policing, and until reformers tackle that underlying issue, they will merely be treating the symptoms and not the disease.

Viral Video of Cops Harassing Kids Riding Bikes Without a License Reveals the Root of America’s Policing Problem added by admin on April 23, 2021
View all posts by admin →